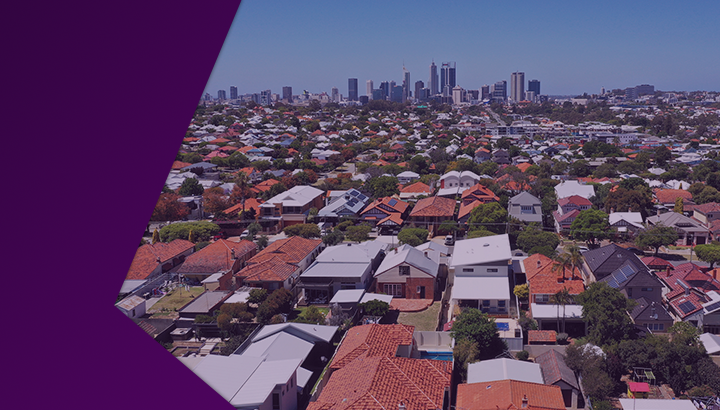 The COVID pandemic has been awful, but for super fund members who are also homeowners, 2021 was as good as it gets.

Australia's share market finished the year up 17%, dragging super funds to a 15% return. Homeowners saw the value of their properties jump more than 20%.

That's the third best super fund calendar year return in 17 years, with the Rainmaker superannuation returns index climbing 142% in 10 years and 51% in five years. It dropped 12% in March 2020 but bounced back fast.

"They made nearly a quarter of million dollars, and only one-quarter of that was due their salary," said Alex Dunnin, executive director of research at Rainmaker Information.

"The big surprise in these results is that while everyone is talking about house price rises, superannuation has actually been a better long-run investment," said Dunnin.

But it varies depending on where you live, he added. Reinforcing this, house price rises accounted for half the 2021 wealth gain.

High returns from the share market, especially the ASX, has been a significant driver behind successful superannuation returns, with superannuation funds owning 36% of the ASX, valued at $908 billion, according to Rainmaker Information.

But even though Australian shares are a small part of our superannuation savings, they drive its investment returns, said Dunnin.

Of the three markets, superannuation has experienced the fewest years with negative returns over the past 17 years, with just two. The ASX index has had three negative years, and house prices have decreased on four occasions.

The share market is, however, getting jittery as investors weigh up the effect of rising inflation and interest rates around the world. And how this will impact property prices through 2022 is an open question too.

The COVID-19 health crisis began to impact financial markets in March 2020 and brought early losses, with superannuation dropping 12% and the ASX dropping 27%.

But they both quickly rallied, super up 33% and the share market up 56%.

"The sting in the tail with these upbeat investment results is that it shows if you have a job, superannuation and you own or are paying off your home, despite the COVID-19 pandemic, you did pretty well last year, at least financially."

"Which is why so many Australians who can't afford to get into the property market are nervous about the future. If you have a house, super and maybe some shares, you're sitting pretty. But this doesn't make it any easier for first home buyers."

"No wonder, despite there being so much investment wealth around, people aren't anywhere near as confident as you'd expect going into 2022," said Dunnin.